Mary B. and Henry P. Stager Chair in Theology, Professor of Systematic Theology 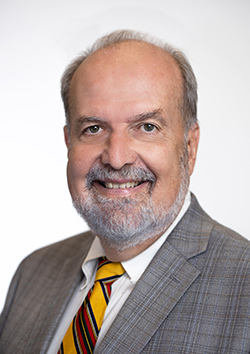 Lee Barrett has taught at Lancaster Seminary since September 1993. Prior to this, Lee taught theology at the Presbyterian School of Christian Education in Richmond, Virginia. Lee’s interests include the relationship between the doctrinal traditions of the Christian churches and contemporary culture. He is the author of essays concerning the present-day implications of the theology of the Reformed tradition, as well as the thoughts of Søren Kierkegaard. Lee is particularly interested in the theological significance of literature and the visual arts.

Lee and his wife, Betty Snapp-Barrett, a pastoral counselor in Lancaster, make their home in Lancaster.

Eros and Self-Emptying: The Intersections of Augustine and Kierkegaard (Grand Rapids: Eerdmans, 2013).

“Can There Be a Politics of Love?” in Truth is Subjectivity, ed. Silvia Walsh Perkins, Macon: Mercer University Press, 2019.