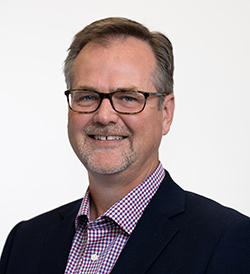 Greg Carey has taught at Lancaster Theological Seminary since 1999, having previously taught at Rhodes College and Winthrop University. In addition to teaching, he directs the seminary’s Master of Arts in Religion program. He holds a BA from Rhodes College, an MDiv from the Southern Baptist Theological Seminary, and a PhD from Vanderbilt University (1996). Greg teaches courses on the New Testament and on biblical and contextual interpretation, along with a doctoral seminar devoted to research methodologies. His elective courses include: Luke and Acts, the Parables of Jesus, and Romans.

Greg’s research interests include the book of Revelation and ancient apocalyptic literature, the Gospel of Luke, and public biblical interpretation. He is the author or co-editor of 10 books, including Using Our Outside Voice: Public Biblical Interpretation; Stories Jesus Told: How to Read a Parable. His volume, Death, the End of History, and Beyond: Eschatology in the Bible, will appear in the Spring of 2023.

Teaching and advising students provides Greg’s primary sense of vocation. As a biblical scholar, he aims to help students cultivate their capacity as public interpreters of Scripture.

Greg has served on the editorial boards of Review of Biblical Literature, Horizons in Biblical Theology, and Biblical Interpretation, and held national and international leadership positions in the Society of Biblical Literature. He has appeared on the BBC, PBS, the Discovery Channel, and the History Channel, and has frequently contributed to the Christian Century and other public outlets. He fields media interviews regarding biblical studies and the interface of contemporary Christianity and politics, and he frequently teaches and preaches around the mid-Atlantic.

An Alabama native, Greg is an active layperson in the United Church of Christ, where he has served in national and international ecumenical settings. He is a member of the Open and Affirming Coalition’s National Leadership Team, works for equity in public education funding, and volunteers as a CASA (Court Appointed Special Advocate) for a young person in foster care.

Stories Jesus Told: How to Read a Parable. Nashville: Abingdon, 2019.

Soundings in Cultural Criticism: Perspectives and Methods in Culture, Power, and Identity in the New Testament. Co-editor with Francisco Lozada. Minneapolis: Fortress Press, 2013.

“Moving Things Ahead: A Lukan Redactional Technique and Its Implications for Gospel Origins,” Biblical Interpretation 21 (2013): 2-19.

“Finding Happiness in Apocalyptic Literature.” Pp. 203-24 in The Bible and the Pursuit of Happiness: What the Old and New Testaments Teach Us about the Good Life. Edited by Brent A. Strawn. New York: Oxford University Press, 2012.