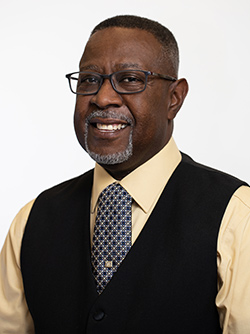 Rev. Baber was licensed in 1980 and ordained in 1982 by the Ebenezer Baptist Church, Lancaster, Pennsylvania, under the leadership of the late Rev. Dr. Robert E. McMorris.

Dr. Baber is the author of “The Hurtful Use of Derogatory Language by Black Pastors About LGBTQ People” in the Black Missionary Baptist Churches in the Central PA Region.

Rev. Dr. Melvin R. Baber is married to the former Veda W. Cox. They are the proud parents of five children, Tiffany, Yolanda, Melanie, Danita and Jeremy. In addition, they are blessed with 10 grandchildren (and counting).