A Black Preacher was Elected as the Senator from Georgia

On January 6, the day when the Confederate battle flag was flown in the Capitol by a mob of insurrectionists, media outlets confirmed that the Reverend Raphael Warnock, pastor of Ebenezer Baptist Church, had been elected as the first Black person to represent Georgia in the United States Senate.

This result of a free and fair election diversified the voice of an increasingly diverse state, and expanded the voices participating in the political discourse of a nation that needs to grapple with difference rather than fight over it.

Don’t be distracted by the obviously illegal, unpatriotic, hateful expressions of exhibitionists who wanted you to notice them storming the Capitol. They don’t want the awesome responsibility that comes with occupying the Capitol. Holding a society together takes more than a riot. It is hard work. 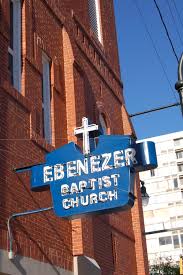 While the congregation and leaders of Ebenezer Baptist Church have a long history of actively participating in public discourse, many churches – congregations and denominations – have retreated into a notion of religion as private.

In the US, we have confused protections against establishing a state religion with discomfort stirred by living out our faith publicly. But Georgia would not be sending Rev. Warnock to Washington were it not for ministers and believers across the state motivated and organized by the daughter of preachers, Stacey Abrams, and other Georgia activists.

Progressive Christians are rightfully reluctant to see faith expressed in governmental policy, and we are right to recoil when we see red, white and blue banners for “Jesus 2020” on the steps of the Capitol. It is not a desire to mold the government into the image of our faith that should motivate us, it is the desire to work alongside government, corporations and schools to consistently remake our society for good.

Our democracy needs more than political parties and a strong economy to succeed. It also needs schools, colleges and universities that promote independent thought and the creation of knowledge, and it needs religious institutions that transcend the differences of the moment in order to differentiate the Transcendent from the moment.

As educators and as the church, we have our roles to play in helping people to think for themselves and to make meaning with their lives. These are fundamentally communal activities that require us to do the hard work of building bridges and not walls, to engage people we’d rather ignore and to unite instead of resigning ourselves to division and hate.

The difference between marching on Washington and mobbing Washington is organizing around ideals and not ideologies, suppressing impulses rather than giving in to them, practicing love for those it would be easier to hate, and preaching in public rather than only to pews.

It is easy to get distracted by the spectacle of the mob. But today, pay attention to what it really takes to steadily march toward the Beloved Community. 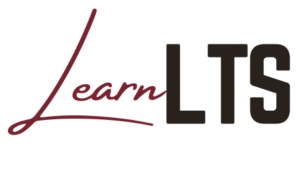 March 16 – Tales from the Other Side (3rd Tuesday Talk)