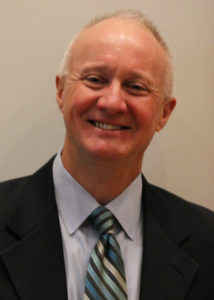 Rev. Brandt is a former U.S. Army Chaplain, who retired at the rank of Brigadier General after serving 31 years. He was the U.S. Army National Guard Bureau Chaplain, providing leadership for 1,600 chaplains and Religious Affairs Specialists. In his career, he directed religious support for over 450,000 National Guard soldiers, airmen and their families and provided leader care to Senior General Officers. He also served in Iraq as a Brigade Chaplain as part of the Delaware National Guard, providing religious support to over 1,200 soldiers in Baghdad. Rev. Brandt was awarded the Bronze Star for Meritorious Service, the Distinguished Service Cross from the Delaware National Guard, and the Defense Superior Service Medal.

Most recently, Rev. Brandt served as Executive Pastor for Kirk in the Hills, Bloomfield Hills, Michigan. An ordained minister in the Presbyterian Church USA, he also has served pastorates in Pennsylvania, Delaware, and California ranging in size from 50 to 2,200.

Rev. Brandt, a 1999 Doctor of Ministry graduate of Lancaster Seminary, also earned a Master of Strategic Studies from the U.S. Army War College, a Master of Divinity from Princeton Theological Seminary, and a Bachelor of Arts from the University of Findlay.

Lancaster Theological Seminary honors Rev. Brandt with its highest alumni award for specialized ministry for his exceptional leadership in churches, mission-driven organizations, and for his military service. He possesses a unique blend of military background and religious leadership, and is particularly skilled in communicating effectively, inspiring leaders, growing organizations and developing key strategic partnerships.

The Moss Award is named for Robert V. Moss, Jr., Lancaster Theological Seminary Class of 1945, who was president of the Seminary from 1957-69. It is presented by the Alumni Association to a graduate of any denomination in recognition of distinguished service in the practice of specialized ministry (e.g., chaplain, administrator, educator, judicatory staff, etc.).